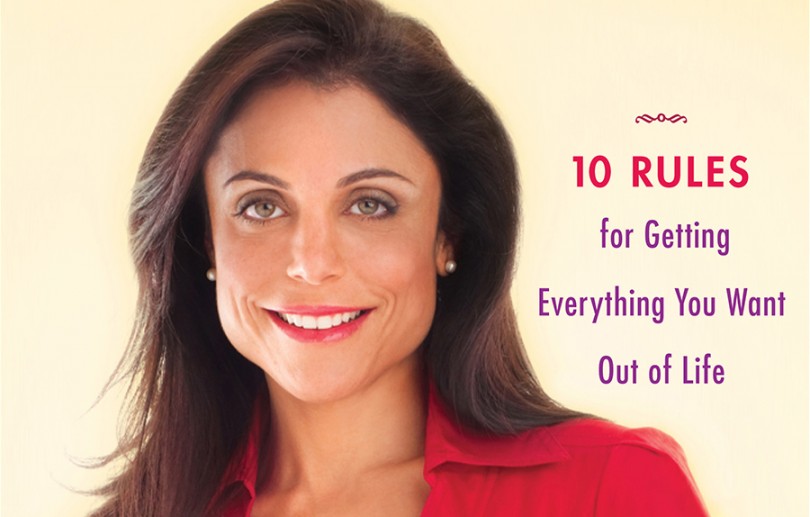 At this point, Bethenny Frankel seems to be a household name. At least in households containing a minimum of one female. The former star of Bravo’s addictive “Real Housewives of New York City” and the current spin-off, “Bethenny Ever After,” has reason to be. She’s worked ridiculously hard to reach the height of success she’s enjoying now. Just look at newsstands: the entrepreneur boldly graced the cover of Forbes’ June 6 issue with “The New Celebrity Money Makers” emblazoned across her tasteful black sheath dress.

Frankel debuts at No. 42 on the magazine’s annual “Celebrity 100” list — the rankings factor in celebrity earnings, media mentions, Google hits and social media followers over the last 12 months — and earned a reported $55 million this year at the age of 40. And, as many already know, the high-strung reality star/business mogul recently sold Skinnygirl Margarita for $100 million, all while retaining the rights to use the moniker for other ventures outside of the alcohol industry. Not bad for a product that launched just two years ago, huh?

Earlier this year, Frankel unveiled “A Place of Yes: 10 Rules for Getting Everything You Want Out of Life,” a self help tome meant to inspire and perhaps refocus those who might be stuck, just as she was a few years back. Though the book might seem like a marketing ploy, one more way to earn big bucks while her name’s big, this effort’s actually worth the read. And you can’t knock her for timing it well. The premise is this: There are 10 “rules” that, if kept in mind, will keep you happily tooling down your own unique path of strength and self fulfillment and without “noise,” as Frankel aptly deems the negative self-talk to which we often subscribe and (sadly) succumb. Within each chapter, the new mom/businesswoman explains in gory detail some of her lowest points and how these tenets helped her climb out of the gutter and into the big time. Through her stories, Frankel’s celebrity status falls by the wayside and what shines through is the element that has bolstered her career from day one: how easy it is to relate to her, one woman to another.

Take, for example, Rule No. 2: “Find Your Truth.” After encouraging readers to “break the chain” with the first rule, Frankel pushes us to get honest with ourselves and figure out what genuinely interests us, what we want, and what we don’t want. She encourages us to disentangle ourselves from the expectations we feel from family, friends and society.

Though she doles out some advice in short quips that feel momentarily powerful but are quickly forgotten, she also brings up fodder worthy of careful rumination, like “relationship noise,” her term for the thoughts in our heads that hold us down and keep us stuck in a rut. What benefit does this noise provide? How does this negative energy serve us? She reveals her own relationship noise, which led her “to seek financial security from men, then fight against them when they offered it.” Sound like anyone you know? She also delves into other noises — ego, focus, perfectionist, money, desperation, image, truth and normal — in subsequent chapters.

Here’s the thing: Frankel’s past is mired with strife, just like every last one of us. “A Place of Yes” could almost be her journal in a sense, one that’s been mulled over for months and then edited by a healthier, therapy-filled version of herself. It’s helpful without being unrealistic, honest without being “oh woe is me.” Because no one wants that, Frankel included.

For the longest time, Texas transplant Tara Hall wanted to be a profiler when she grew up. A bona fide FBI agent with mad analytic skills who could take on crime and the jacked up minds that commit it.

Instead, the long and winding road has led straight to writing.

It all started with an obscure undergrad study spot: the usually empty upstairs of a local live music dive in Austin, TX. Psychology books in tow, Tara would grab a seat in the balcony and read her assignments between performances of local musicians, ultimately leading to an internship with Austin's Citysearch office in the late '90s.

Skip ahead a little more than a decade to present-day. Tara now spends her time interviewing musicians, researching stories and penning articles for entertainment-centered publications and websites such as Metro.pop magazine and SoundSpike.com.

Best part of the job: Researching topics I'm perplexed by and interested in.

Current dream vacation: An exotic beach locale with a beach bag full of new fiction. A hot man alongside wouldn't hurt either.

Snacking on: Light rye Wasa crackers, little dollop of Dijon and thinly sliced turkey. That, or a spoonful of Nutella, my semi-healthy chocolate fix.

If trapped on a desert island: Cherry Chapstick and a fun, resourceful companion.