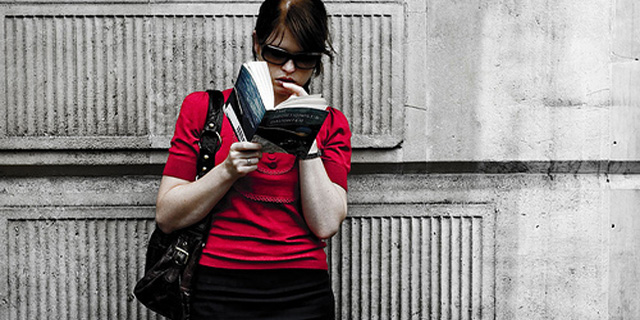 A recommendation to read E.L. James’ “Fifty Shades of Grey” came at just the right time. I had recently found out that the guy I like had not only started seeing someone else, but that someone else is 14 years his junior. Needless to say I was going through some emotional stuff and needed a distraction. A girlfriend four months pregnant with her second child recommended I take the time to read this book, which I’d heard about with all the stir it’s been creating in the news. I bought the book and started reading it right away. And I immediately understand why my friend recommended it. Though housewifes everywhere are devouring it, the sensual trilogy has drawn much criticism. Dr. Drew had a lot to say in a recent discussion on the “Today Show.”

“[‘Fifty Shades of Grey’] is actual violence against women,” Dr. Drew said. “I have to tell you, this is the part maybe I’ll get heat for, but there is a lot of violence against children in this country. There are various kinds of physical abuse. People subjected to those experiences are especially aroused by these images. i’m not saying the average women can’t be, but it’s especially arousing for them.”

Libraries in three states–Florida, Georgia and my home state of Wisconsin–have pulled the books from their shelves because of the explicit sexual content; others in the media and online have said the books are poorly written. In the same vein, many said that Stephanie Meyer’s “Twilight” series was poorly written, yet those novels have continued to make money, even becoming a movie franchise.

As far as the content of “Fifty Shades” goes, BDSM is a lifestyle that some people participate in, and one that should be consensual between both parties. Another point to remember when reading this series: this work is fiction. Fiction books provide us with an escape from everything going on in our lives–the opportunity to enter into a fantasy world. Women across the country are reading and getting together to discuss “Fifty Shades,” as well as their own relationships. Many men are reaping the benefits of their wives new reading interest, since the sensualism is carrying over into bedrooms across the nation. Isn’t it a good thing that these novels are igniting passion in relationships?

The books, which originally started out as “Twilight” fan fiction for adults, were recently purchased by Vintage Books and the movie rights were recently acquired by Universal Pictures’ Focus Features for an undisclosed sum. With that news, potential casting options have been swirling. Because of the reference to “Twilight,” Rob Pattinson and Kristen Stewart have been suggested for the roles of Christian and Ana. Other possible “Christian” characters: Alexander Skarsgard (“True Blood”), Armie Hammer (“The Social Network”), Ian Somerhalder (“Vampire Diaries”) and Alex Pettyfer (“I Am Number Four”, “Beastly”). For Ana, many are suggesting Alexis Bledel (“Gilmore Girls,” “Mad Men”), Lily Collins (“Mirror Mirror”), Felicity Jones (“Like Crazy”) and Emilia Clarke (“Game of Thrones”). Let’s hope the casting directors have read the books and cast the roles correctly.

For those criticizing the “Fifty Shades” series, I agree it should have been edited a bit more, (as a writer, I did notice a punctuation error), but you get so hooked into the story and the sex, the simplistic writing and occasional error doesn’t bother you. This book has been a great distraction, and I have been recommending it to friends, though with warnings. It is sexually explicit and very descriptive. You also need to give yourself some time between books, because you need time to process the book you just read before you continue on with the next. Otherwise, they’re great distractions.