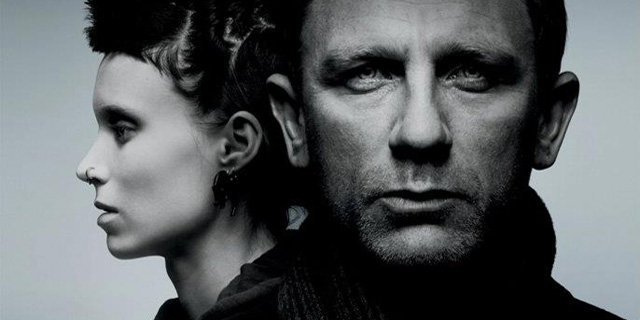 If you have yet to see this movie or read the Steig Larsson novel, consider yourself warned: it’s not for the faint of heart.

The opening credits are reminiscent of a Nine Inch Nails music video, which is fitting since NIN front man Trent Reznor, along with Atticus Ross, provided the soundtrack for the film.

The story, which is the adaptation and U.S. version of book by Swedish writer Stieg Larsson, is the first in a trilogy. Originally made in Sweden in 2009, the story begins with Henrik Vanger (Christopher Plummer) who is looking for answers in the 40-year-old disappearance of his niece, Harriet Vanger. He hires Mikael Blomkvist (Daniel Craig), a seasoned magazine journalist, to look into the disappearance. After looking through all of the evidence the elder Vanger has collected over the years, Blomkvist asks for help, which comes in the form of Lisbeth Salandar (Rooney Mara). The unconventional researcher, who is battling her own demons throughout the film, proves to be a powerful source of help for Blomkvist and the investigation.

Mara trained for the physically demanding role by kickboxing, skateboarding and getting comfortable riding a motorcycle–the main mode of transportation her character uses throughout the film. She wanted to stay true to the character in the books, so she cut her hair and got all of the piercings including the nipple ring, which is the one she didn’t take out. In the January 2012 issue of Allure magazine, Mara explained, “It’s not something I want to ever get re-pierced.”

Considering there are two more books in the series, “The Girl Who Played With Fire” and “The Girl Who Kicked The Hornet’s Nest,” that sounds like is a smart choice.

For the 84th annual Academy Awards, the film is nominated in four categories: Best Cinematography, Best Sound Editing, Best Sound Mixing and Best Film Editing. Mara is also nominated for Best Actress in a Leading Role, a nomination she also received at the Golden Globes, but lost to Meryl Streep. Maybe the Oscars will be a different story.