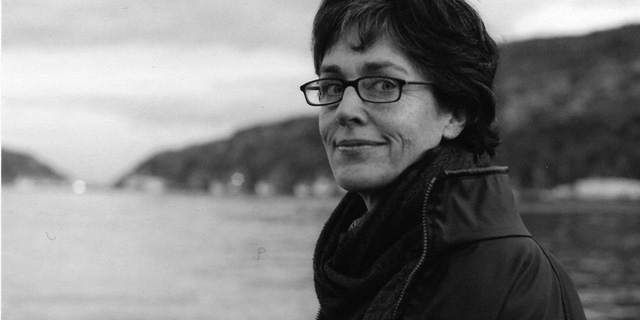 During my recent move out of my Montreal apartment, which involved a great amount of purging, I had an estate sale. EVERYTHING MUST GO! Strangers perused the contents of my life, bargaining and haggling in my vintage store of memories.

One such stranger ambled into my apartment, browsing slowly and asking lots of questions. Answer followed question and a conversation ensued which covered the gamut of topics ranging from hatmaking to moving, jewelry design to Atlantic Canada, and finally to writing. She casually mentioned that she was a writer and when I confessed to my own recent foray into the fabrication of prose, phrase and phonetics, my first question was, “What do you write?” She replied, while nonchalantly inspecting some prints for sale, “Oh, just a few short stories, a novel.” Her husband, who was removing some shelves in the kitchen, piped in, “She was nominated for the Giller Prize.” (Only one of the top literary awards in Canada.)

They left after having purchased some items that required vehicular assistance. Later, her husband returned with the car, bringing with him a tiny box containing a pair of earrings that their daughter had made from porcupine quills and underneath, a signed copy of the book “Annabel: A Novel,” by Kathleen Winter. “Annabel” is set in a remote, coastal town in Labrador, Eastern Canada. This is caribou country. The landscape is bleak, the winters harsh and foreboding–a place where isolation and loneliness abound. This is a town where the men are men–hunters–leaving their wives for months at a time to trap out in the bush, while the women wait at home and long for an intimacy that will always elude them.

“Annabel” questions the preconceived notions of gender in a setting where gender roles are as starkly defined as the desolate winters. It addresses the disconnect between the sexes and the roles of man versus woman. It’s a tale of secrets which examines duality, the potential for human kindness, cruelty, ignorance and acceptance and asks the fundamental question–if we are neither man nor woman, what are we?

The novel tells the complicated story of Wayne, a hermaphrodite born to Jacinta and Treadway in the late 1960s. For days after Wayne’s birth, neither parent mentions his condition, nor do they name him. Only Jacinta’s best friend, Thomasina, who was present at the birth, knows their secret. The couple has to make the difficult decision to assign a gender to their baby, surgically altering the newborn, though Jacinta wants to accept Wayne as he was. Thomasina silently dubs Wayne “Annabel,” after her own daughter who died in a canoe accident.

Both Thomasina and Jacinta secretly nurture the female side of Wayne in their own way, while Treadway goes out of his way to ensure Wayne embodies all things male. Thomasina writes “daughter” in yellow mustard on his sandwiches, while Treadway starts Wayne in the ways of hunting at an unusually early age.

Readers join Wayne on his difficult journey through childhood, puberty and into adulthood. While his father keeps desperately trying to masculinize his son, Wayne, who is fascinated with synchronized swimming, eventually splurges on a sparkly swimsuit of his own.

Wayne attempts to bond with his father, asking him to help build a fort, but only managing to disappoint him by accessorizing with draperies, soft cushions, twinkly lights and pictures of far-away places. Treadway attempts to connect by choreographing a synchronized backhoe performance with the men from the lumberyard in a scene that is heartwarmingly depressing.

Kathleen Winter writes thought-provoking, lyrical prose using charismatic imagery that paints a colorful picture even in a world of white. She allows us to view all of her characters with compassion and consider that we are neither all good nor evil.

Jennifer Reed is no stranger to movement. Born in California, raised in Washington state, and having traversed the country from West Coast to East more times that she cares to remember, she ended up in Montreal, Quebec.

So it is no big surprise that this ex-ballet dancer ended up as a yoga teacher. While getting her Bachelor of Fine Arts in Studio Arts at Concordia University, Jennifer discovered Moksha Yoga, an accessible form of yoga practiced in a heated room.

Jennifer completed her yoga teacher training in Brazil in January 2011. It was during this adventure and the three months travelling through Central America afterwards that this life-long bookworm discovered she liked to write. Her acclaimed blog, Memoirs of a Downward Facing Dog, tells the story of that transformative journey and beyond.

Jennifer continues to write about her experiences as a traveling yogi and hopes to inspire people by sharing the lowdown dirty truths of the high points, pitfalls and sometimes altogether embarrassing aspects of that journey.