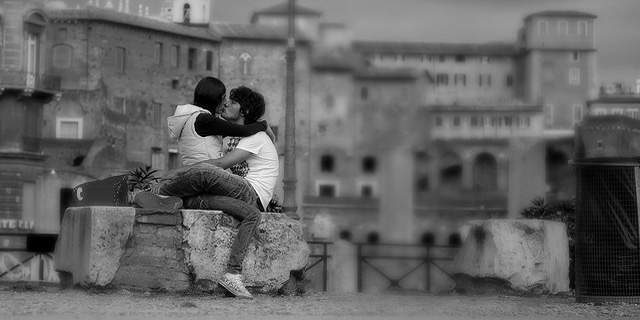 It’s February and Valentine’s Day is fast approaching. This year, instead of bundling up and trudging out into the cold with the rest of the crowd, why not celebrate under a blanket at home with a loved one, order Chinese and let a movie take you on a sentimental journey?

The following are some of my favorite romantic films from years past to present, broken down into categories to help you select the right flick to watch with your special someone, whether it be your husband, boyfriend, child, best friend or a box of tissues.

Movies to watch with your kids

Movies to watch with your long-time love

If you are living in a long-term relationship you may identify with the story lines and characters in the following films. They are not boy-meets-girl, boy-marries-girl, boy-and-girl-live-happily-ever-after tales. These are love stories for realists. They affirm what you already know if you’ve stayed with someone through the honeymoon stage: Relationships are hard work. Life is messy. They also reinforce that true love withstands the tests of time. It survives the evolution of the relationship and honors the differences of two people.

Movies to watch with your macho man

These are not your run-of-the-mill romances. These films team tenderness with violence and/or sex. The outcome? You will both be happy.

Movies to watch with a girlfriend

The following selections are the ultimate chick flicks. I have never been able to get a man to watch one of these films with me, and that’s just fine. I would rather watch them with a girlfriend. She will never ask me why I’m crying because most likely she will be crying too. I love these films for their strong, principled female protagonists, masculine male protagonists, and for the fact that the stories are so good and poignant without an ounce of sex or violence. Read on and let the swooning begin.

Movies to watch with a box of tissues

Spoiler alert: None of these films end well. They will, however, resonate with you. They are the kind of films that touch you and stay with you, the kind that pop into your head while you’re standing at the sink washing dishes or in line at the grocery store.

Angela Schurhoff is a freelance writer and busy mother of two. Besides volunteering in the classroom, coordinating play dates and mother-daughter book clubs, shuttling kids between soccer and ballet lessons, and navigating through her recent divorce, Angela tries to find time to write.

This Florida-born California transplant has recently returned to her writing career after a nine-year hiatus raising babies. She has written for the Sacramento News & Review and Citysearch.com.

Some of Angela's future aspirations include hiking Machu Picchu, baking the perfect bundt cake, waking up feeling rested and writing a best-selling novel.

She currently lives in the Bay Area with her two daughters.