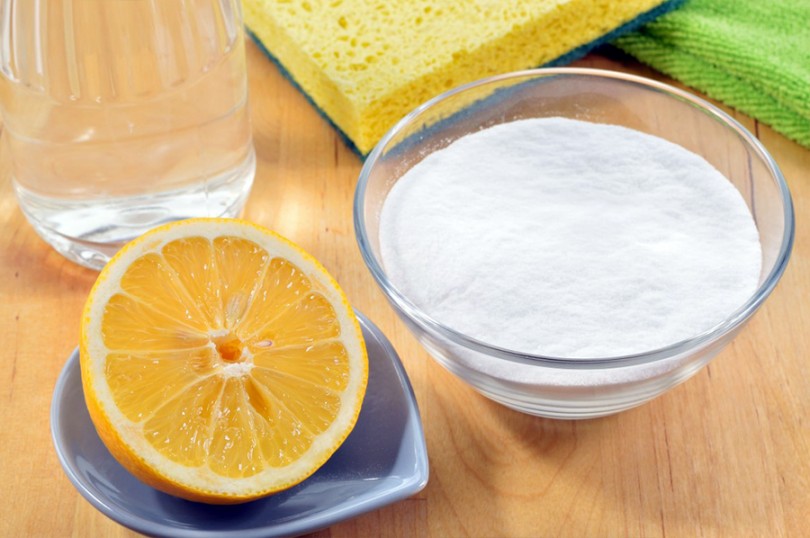 Besides being good for you and the environment, green cleaning is inexpensive and makes shopping a lot easier. You can start right away with a few household ingredients that you probably already have in your cupboards. Buy them in bulk the next time you’re out to save time and money. You’ll have room for them as you ditch the half-dozen chemical cleaners you’ve likely used in the past.

Cleaning cloths
It’s okay to keep paper towels around but get in the habit of using repurposed clothing and towels for everyday cleaning.

White vinegarBuy it in one- or two-gallon bottles at grocery and discount stores.

Baking sodaBaking soda takes the place of harsh scrubbing compounds all over the house. Not only is it environmentally friendly, but it’s actually good for your skin rather than drying it out like some cleansers can.

SaltIt’s best to use uniodized salt around the house. Regular cooking salt is just fine. No need to splurge on kosher or sea salt for cleaning purposes.

Lemon juiceYou don’t have to have a lemon tree in the backyard to make this work. Fresh lemons are terrific, but bottled lemon juice works just as well.