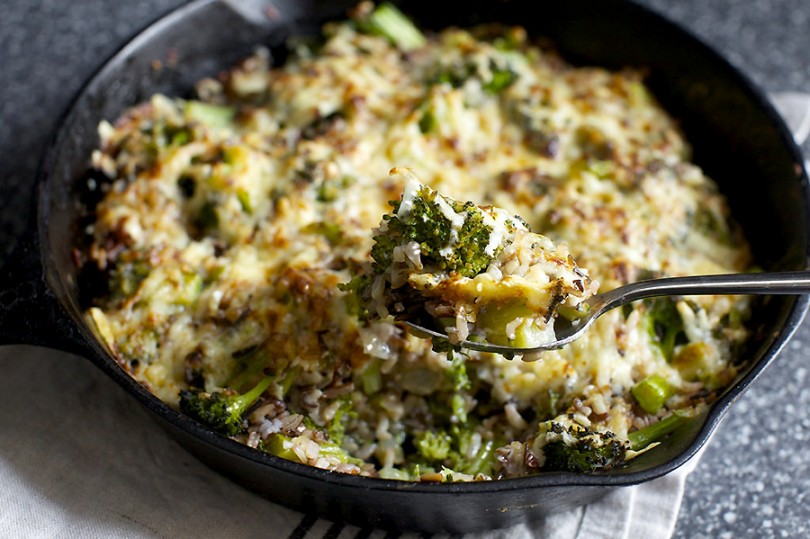 Are you ready to put that counter top steamer to work? Try this recipe as a tasty way to incorporate grains and vegetables into any meal. Make it as a side dish while you’re preparing chicken or pork for an evening meal or a day or two ahead as a colorful addition to a potluck. It travels well, making it a great option for microwavable lunches, especially when paired with extra vegetables or fresh fruit.

For an especially nice presentation, reserve 1/4 cup of Parmesan cheese to sprinkle on top and place under the broiler for 2-3 minutes until the cheese melts and browns slightly.