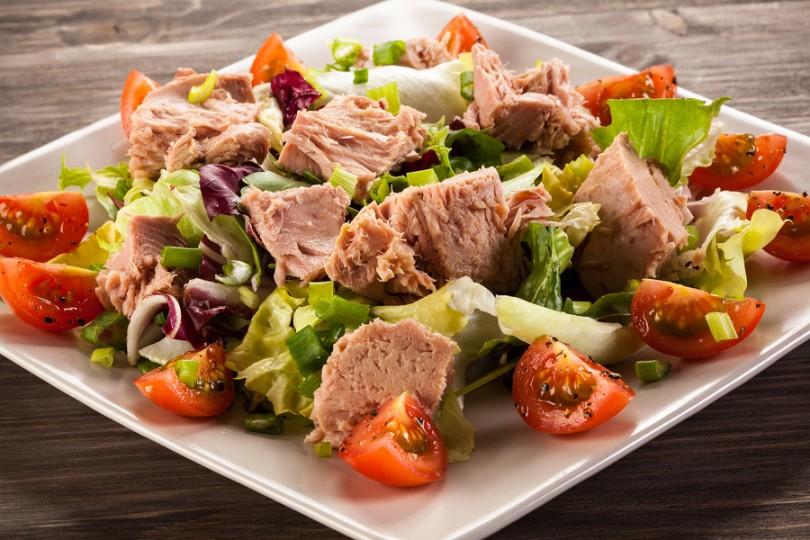 For a change from the regular tuna and mayo routine, try this recipe on for size. Nestled on a bed of baby greens and grape tomatoes, surrounded by cucumber slices and accompanied by half an avocado drenched in lime juice, Savory Tuna Salad looks as good as it tastes. Low in calories and a snap to put together, this salad is perfect for a hearty lunch, a light dinner and anyone following a gluten- and/or dairy-free diet.
Savory Tuna Salad