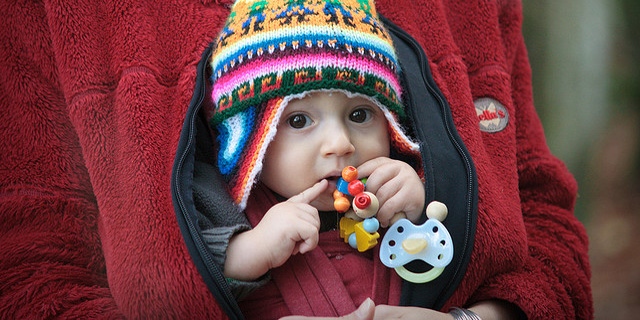 Recently I came across a quote about motherhood by an Indian guru who was apparently quite popular in the ’70s and ’80s (according to all-knowing Wikipedia):

“The moment a child is born, the mother is also born. She never existed before. The woman existed, but the mother, never. A mother is something absolutely new.”

The first time I met this new woman, I was laying in a pool of clammy sweat on a hospital bed while a handsome young doctor shook hands with my cervix. I was in labor and he was bored, or so his facial expression led me to believe. I don’t think my contractions were happening quickly enough–maybe he had a lunch date? As I opened my mouth and began to ask questions to help pass the time, I heard a frantic voice inside my head sound off, “Small talk?? REALLY??!! WHO is this woman? Who is this polite woman who feels compelled to make small talk in the middle of delivering a baby??”

I’d never chatted my gyno up before. I’d never felt the need to have a nice little catch-up about the weather while he did his thing with his scary instruments, so why then?

Before I pushed Baby’s little prune face into this world, I was already morphing into someone who hadn’t existed before.

I was becoming a mother.

Allow me to introduce you to this person who hadn’t existed before Baby:

I’ve only known this version of myself for a year, but I must say I like her! She’s hard-working, kind, thoughtful and makes a mean sweet potato puree…