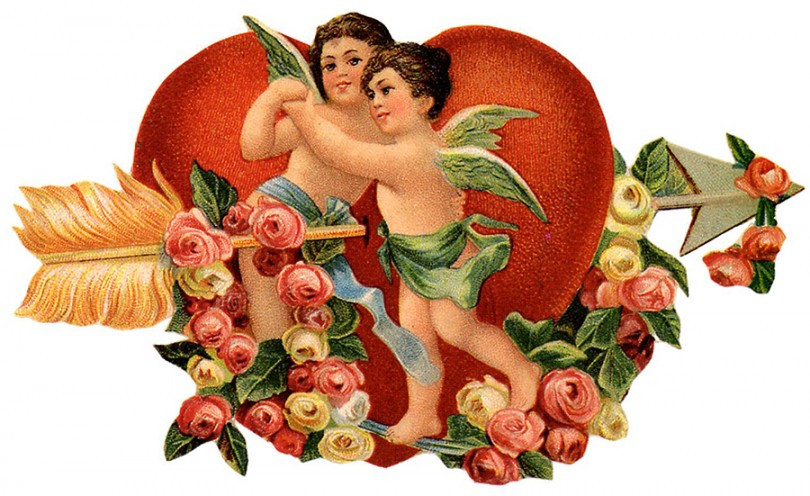 If I were in a relationship and you were my boyfriend, I would probably tell you that I don’t believe in Valentine’s Day — that roses are the tacky flower from the ’80s and only serve to remind me of a bad Jon Bon Jovi ballad; that the chocolates are the same as the Christmas candy that you just spent the last month in the gym working off, but in a different shaped box; or that it’s a consumerist-centered holiday based on Disney fairy tales where love always conquers all, and don’t we know that ain’t the truth! But ladies, let’s be serious. You can call it a Hallmark card holiday, you can pooh-pooh all of the roses, the hearts, the flowers and the chocolate and haughtily claim that we should express love every day, not just on one dumb day to keep us spending money between Christmas and St. Paddy’s. But that is something that girls in relationships say to pretend that they don’t actually want their boyfriends to surprise them with something quirky and spontaneous. If you were my boyfriend, I might tell you all of that, but I wouldn’t want you to believe me. I’d secretly want the indie rom com — creative and romantic, but not overly conventional.

As a girl that’s been single for quite some time now, I have become accustomed to the solo life. I can take myself out to the movies and not feel awkward. I starfish out in my bed, taking up every last inch of space, and I am well versed in Single Girl Behavior (the things we do when no one is watching.) For instance, using a piece of dark chocolate to scoop the peanut butter out of the jar at the kitchen counter with a cucumber mask on your face in ugly undies — I NEVER do that. In the yoga world, there is a code of ethics loosely or strictly followed by some yogis called Brahmacharya, which translates to celibacy or containment of sexual energy. I have two words: Brahmacharya sucks. Especially when it’s not self-imposed.

The older I get the more cynical I’ve become when it comes to matters of the heart. With each broken heart it becomes a little more of a calculated risk to wage the war of love again. The walls we put up around our hearts in the name of independence, strength, feminism and choice are perhaps smoke screens of self preservation. Evasive maneuvers that set the heartstrings to hibernate. Before you know it, your walls are a fortress and ain’t nuthin’ passing through. So I will admit, it’s tempting to drown my singleness in one (or five) bottles of wine on Valentine’s day and pull a living-room Renee Zelleweger.

I’m breakin’ down these walls, Berlin style. So bring on the heart-shaped box of chocolates and the Bon Jovi ballads.

Cupid, hit me with your best shot.

Jennifer Reed is no stranger to movement. Born in California, raised in Washington state, and having traversed the country from West Coast to East more times that she cares to remember, she ended up in Montreal, Quebec.

So it is no big surprise that this ex-ballet dancer ended up as a yoga teacher. While getting her Bachelor of Fine Arts in Studio Arts at Concordia University, Jennifer discovered Moksha Yoga, an accessible form of yoga practiced in a heated room.

Jennifer completed her yoga teacher training in Brazil in January 2011. It was during this adventure and the three months travelling through Central America afterwards that this life-long bookworm discovered she liked to write. Her acclaimed blog, Memoirs of a Downward Facing Dog, tells the story of that transformative journey and beyond.

Jennifer continues to write about her experiences as a traveling yogi and hopes to inspire people by sharing the lowdown dirty truths of the high points, pitfalls and sometimes altogether embarrassing aspects of that journey.