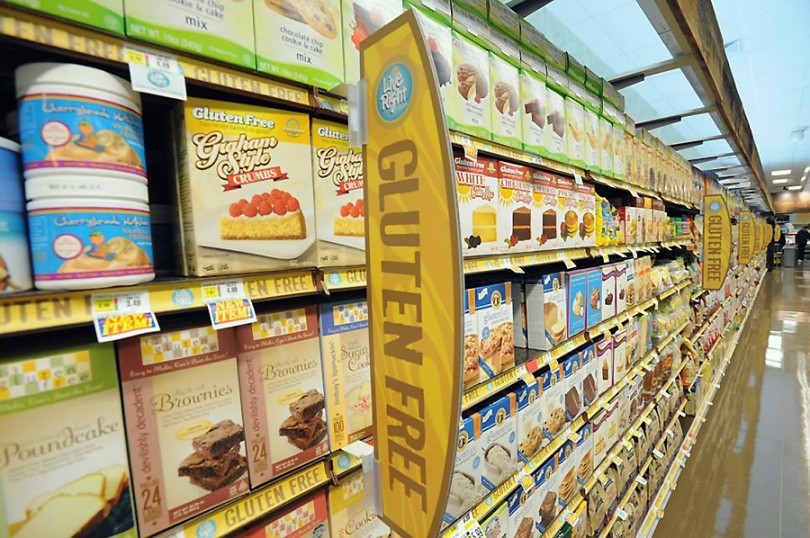 In part one of “Food Allergies: Gluten and Dairy,” we introduced you to the nightmare that is having a food allergy in the first place and a metric crap ton of mind numbing detail about the differences between celiac disease, issues with wheat gluten and dairy, and the difference between having an allergy vs an intolerance or sensitivity to these foods.

Is that all there is?

Since we’re not downright cruel here at Constant Chatter, we will now share our wisdom with those of you unlucky enough to have resonated like tuning forks to the “Do I have this vile condition?” portion of the series. There are ways of dealing with the fact that you (or someone you love) can no longer safely (or at least comfortably) eat gluten and/or dairy. But first, how about the fact that I keep writing “gluten and/or dairy”?

That’s right: Gluten and casein (milk) sensitivities often present at the same time. Now that’s downright cruel. This evil situation has led to the creation of a term that’s now heard and used quite a bit, GFCF, which stands for gluten- and casein-free. Numerous websites are devoted to educating people about what it means to live a GFCF life and, more importantly, how to do it. In fact, this new awareness has launched an entire industry dedicated to providing GF, CF or GFCF alternatives to common foods: pasta, bread, cheese, butter and cakes, to list just a few. Pamela’s Products and Glutino are two very popular companies in this new industry.

Obviously, the first step in dealing with gluten and dairy allergies and sensitivities is to figure out definitively if you or a family member suffers from them. As I mentioned, you can take tests through your doctor, and you can also run your own investigations. If it turns out that gluten and/or dairy is indeed an issue, education is the next step, since it’s important to get very clear on how to avoid what is now a toxin to your body.

Here are some excellent resources:

The problem is, it’s freaking hard to be gluten- and/or dairy-intolerant in this world. Sure, there are gluten and dairy alternatives, but you’ve got two problems. One, those fantastic alternatives are a.) fantastically expensive, b.) a bit hard to find in your standard supermarket and c.) actually kind of fattening, compared to their “normal” brethren. Two, there’s the whole stigma thing of being one of “those” people, the ones others find so difficult. You know — high maintenance.

And we are high maintenance, it’s true. Try feeding me at a dinner party and see how it totally throws off your menu plan. “Barbecued short ribs? Yum! … So did you, ah, marinate that in soy sauce?” — “Soy sauce? No. It’s barbecue sauce.” — “Right, but most barbecue marinades contain soy sauce.” — “Yeah, I have no idea. Why, you don’t eat soy?” — “No, it’s the wheat that’s in soy sauce that’s the problem. And then there’s the fact that many barbecue sauces also contain just straight-up wheat as a thickener.” — “….?” — “Yeah, see I’m allergic to gluten.” — [Silence. Pursed lips. Sighs.]

When I say “the solution,” think more along the lines of “the workaround.” As far as I know, there’s no actual cure. Maybe Lactaid tablets and lactose-free milk and cheese work for some people, but they’re pretty much just a trip down fantasy alley (and straight to the ladies room) for me. And as far as I know, no one’s bothered trying to create gluten-free gluten.

The most straightforward way to avoid the gnarly effects of ingesting gluten and/or dairy is just to get really simple with your food. Kind of like the Real Food Movement suggests. Problem with that route is it’s also the most boring. Fine, I’ll own that. Maybe it’s not boring for other people, but if you like your garlic-butter-drenched anything as much as I do, you’re not going to be a fan. And forget about going out for dinner.

Speaking of going out for dinner, restaurants are about to get a lot more complicated. But if you do brave the going out thing, here’s a tip: Don’t even bother with words like “sensitivity” or “intolerance.” Go straight for “allergy.” Even if it’s not true. Trust me, no one will find out, you won’t go to hell, and you may even get taken seriously.

Eventually, you’ll find some restaurants that do cater to your needs, and cuisines that are less problematic than others — Vietnamese, Mexican and Thai food have a lot of great GFCF options — but your safest bet is to keep things close to home for a while, particularly if you’re so sensitive that GFCF food prepared in the same kitchen as non-GFCF food is enough to set you off. At least until the GFCF movement gets to the point where there are restaurants dedicated to serving that and only that scattered all over your town. (And no, we’re not there quite yet.)

When it comes to cooking at home, I did try the whole “I may have this thing or whatever, but I’ll be damned if I let it change how I eat” approach for a bit. I lost several hours out of each day and gained about 15 pounds in a month. Yup, you can indeed make GFCF potato gnocchi with pesto cream sauce, but it takes for freaking ever to sort out all the ingredient substitutions (and find them, and pay for them), not to mention the dish pretty much doubles in calories.

Instead, I’ve found a happy medium. I’ve learned some simple recipes that I slap together with mostly whole foods (without overindulging my inner food puritan’s obsession with not going over two ingredients or whatever) and I’ve also collected a few favorite substitutes for the Real Thing that don’t cost an arm and a leg — or next season’s jeans.

Next up: Easy GFCF recipes. Stay tuned for more on that.