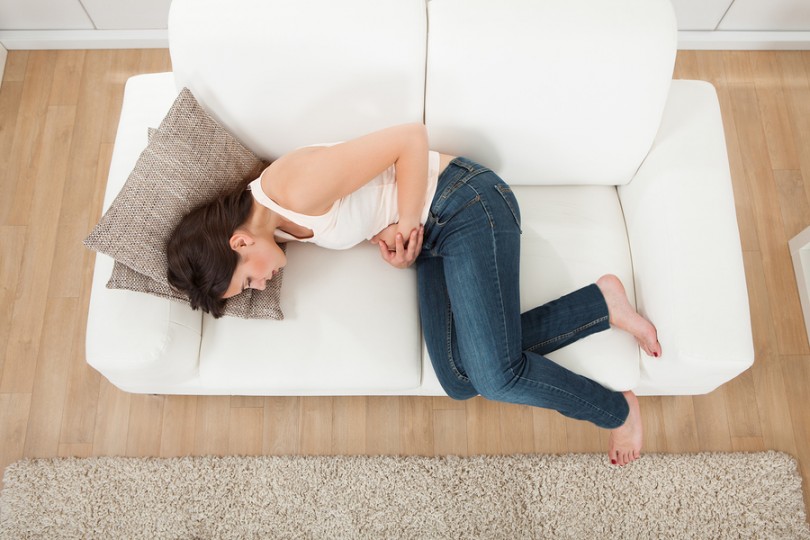 But sidestepping food allergies as a fad for a moment, a lot of people do genuinely struggle with serious sensitivities to specific foods, in particular those containing gluten and dairy. And let me tell you — it sucks. I should know. I’m one of “those” people.

It’s taken me a few years to come to terms with the fact that (most of) the foods I love do not love me back, but I’m finally making some sort of peace with it. It has also been quite the ride figuring out the basics of what’s what and how to deal with it all. So if you or someone you love suspects there may be a problem with all that yummy pizza — and mac ‘n’ cheese and cheese ‘n’ crackers and croissants with … cheese (I could go on forever) — read on.

Whether it’s a sensitivity to wheat gluten or an actual allergy, such as with celiac disease, gluten can make your life hell. And by gluten, we’re talking about the protein found in wheat, rye, barley, malt, spelt, kamut, soy sauce (made with wheat, unless indicated otherwise) and oatmeal (which is often subject to cross-contamination with wheat due to processing and/or manufacturing — unless indicated otherwise). Let me break it all down:

According to the U.S. Department of Health and Human Services’ National Digestive Diseases Information Clearinghouse (NDDIC), celiac disease is a digestive disorder wherein the immune system cannot properly absorb the nutrients in wheat gluten, which can cause a host of unpleasant symptoms like abdominal bloating, gas, diarrhea, constipation, weight loss and generally gruesome bathroom visits.

Celiac disease can also manifest as chronic fatigue, irritability, malabsorption of basic nutrients, anemia, seizures, skin and mood disorders, bone loss … the list goes on and it isn’t pretty. Especially dire is the link that more and more peer-reviewed scientific studies are making between celiac disease and autism in children. Despite the fact that the entire scientific community has yet to come to a consensus on whether a link between autism and gluten exists, that claim has gotten a lot of attention, aided by high profile autism activists like actress Jenny McCarthy, who wrote a book about her experiences with her son’s autism.

Gluten intolerance has more to do with a person’s sensitivity to products containing gluten, and is often “cured” by simple abstention. Many of the classic symptoms overlap with celiac — bloated belly, discomfort, the usual undesirable digestive issues, sometimes a sensitivity to external sources of gluten (when used in soaps and the like) — but don’t go as far as attacking the immune system, central nervous system or bones.

Obvious sources of gluten are breads, pasta, cakes and similar items containing the ingredients listed above: wheat, rye, kamut, spelt, barley, most oatmeal. Less obvious sources of gluten are things like soy sauce, licorice, most commercially manufactured soups — all of which contain wheat. In fact, it’s downright astonishing how prevalent the use of wheat as a thickener is. Not convinced? Take a stroll down the inside aisles of your local food store and read some of those labels. Seriously.

As with gluten, adverse reactions to lactose (the enzyme found in milk) or casein (the protein in milk) present across the spectrum, from a basic sensitivity all the way to a full-bore allergy. Again, the range of symptoms has mostly to do with the digestive system (gas, bloating, diarrhea, abdominal pain, and the like), but your skin (hives, rashes, etc) and respiratory system (wheezing, coughing, difficulty breathing, anaphylaxis) can also be targets. Lactose intolerance differs from milk allergies in that people have a sensitivity to the lactose enzyme found within milk in the first instance, and an actual allergy to the main protein in milk (casein) in the second.

Products that contain these elements include the obvious (milk, butter, cheese) as well as the less obvious (whey, curds), and even cheese and milk that is labeled as being lactose-free isn’t necessarily a free pass for people with more severe sensitivities — and certainly not for those with a straight-up milk allergy. As with gluten, milk products hide in foods you might not expect. Salami, for example, is often made with milk. Who knew? I sure didn’t.

While there are tests for both gluten and dairy allergies and sensitivities, diagnosis can still elude the sufferer, especially as symptoms mimic those found in other conditions, such as Irritable Bowel Syndrome (IBS), Crohn’s, intestinal parasites, nervous tummy (scientific name, I believe) and just plain old pain-in-the-butt-ness.

My own experience of attempting a formal diagnosis was maddening. First, there were the endless rounds of “Now take these vials, buckets and labels home and bring them back with a bunch of your poo” tests to make sure I didn’t have, well — a bug up my butt. “I swear, I don’t have parasites…” — “Just do it.”

And when the tests (a horrifying exercise in humility — “Here’s my, uh, poo…”) all came back negative (told you!), I was given the name of a gastrointestinal specialist and told to make a new appointment, the soonest of which was available in, oh, three months or so. At about that point, I’d run out of insurance, money, patience, sanity — take your pick. And then I’d decide to give it another shot, and it would be more of the same. It got downright Sisyphean after a while.

And don’t even get me started on that whole “Are you sure it’s not just all in your head?” thing. “Did you hear that herd of elephants in the bathroom, trumpeting their mating calls on full volume? That was me — after a handful of cheese and crackers. So yeah. Pretty sure.”

After poring over the many forums at the various food allergy websites, I finally did what other people have done and just went with the scientific method: Take a controlled environment and play with the elements. Basically, remove all gluten- and/or dairy/lactose-containing products from the diet for a month or so, notice if symptoms improve or disappear, and then add them back in — one at a time. The results will pretty much speak for themselves. And oh, how they did. “Weren’t you pregnant last time I saw you?” — [insert international symbol for strangling someone.]

So now what, right? Stay tuned for “Food Allergies: Gluten and Dairy, Part Two — What to do.”