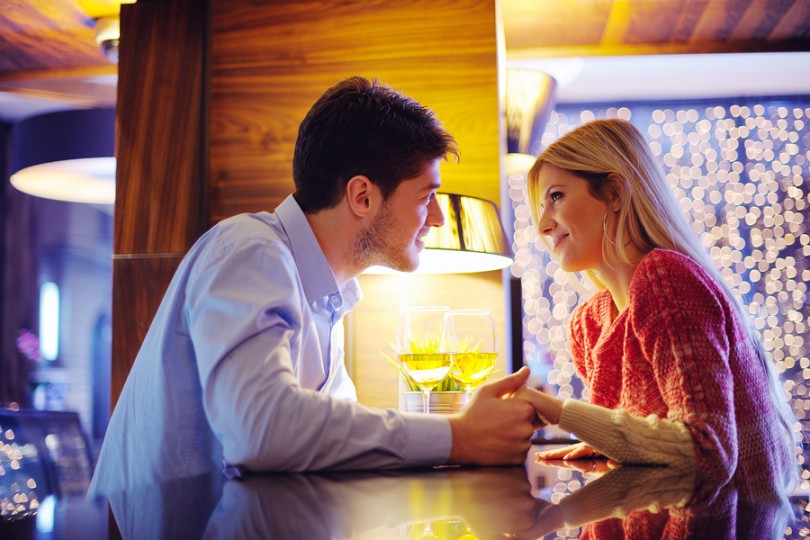 Initially, being inspired to get to know myself better and treating that task like a self-help boot camp seemed like a brilliant idea — until I actually had to do the work. Always the hard part, right? But I knew I had to do it because I was frustrated. I was holding myself back and I didn’t know exactly how or why; just that I had to change it.

So I treated it like a project, outlining the problems and how I would nip each one in the bud. [For a refresher on this step, read this.] I identified the three areas — loosely labeled as mental, physical and social — and triaged the dilemmas as if they were big, bloody wounds that all needed attention. I figured that addressing these irritating aspects of myself like they were serious concerns rather than just annoying habits and fears that I’d forever been ignoring might actually help me make headway. And it did.

While focusing on the social aspect, I realized that though I was mostly comfortable with myself, I wasn’t particularly comfortable communicating it. Not unlike Medusa’s mad head of nasty snakes, my brain was riddled with a minimized self-confidence and deflated voice. Negative self talk and occasional cowardly ways.

Now, how do I face these crazy head snakes and slay them? What better way than online dating! (Seriously, not my first thought, but ultimately it made sense. Read on.) I jumped in. Well, kinda. Maybe gingerly stuck my toe into the tepid pool of online dating. After a lot prodding from girlfriends who had already cannonballed into it. Buck naked and smiling. (Total metaphor, I swear.)

To start, I asked for help from a close friend of mine who not only knows my personality well, but also happens to be a supremely talented and witty writer. I didn’t want her to write my dating profile for me, but I wanted guidance. I wanted someone to read over my shoulder and tell me that I was doing a good job. That I was really describing me and — being a smart and well-versed 33-year-old female — not just feeding into what I know men want to read. So she did. And it was good.

And as she guided me through the various features of OKCupid, I very slowly started to lose that smarmy feeling. This wasn’t so bad, I realized. Over the first few days, I received a surprising number of messages from potential suitors. Most were nice, but none baited me. Sum trrned me off completely with there horible spelling. Automatic out. Sorry, I’m a snob that way.

For a while, I just read the messages, not yet courageous enough to respond, if even for mere conversation. But eventually, over the course of a couple weeks, I started to feel more comfortable and I found a couple of men whose messages seemed both genuine and interesting. So I messaged back, remaining conscious that my writing was truthfully Tara. That I was giving this person a legitimate representation of myself. I was learning how to be confident in who I am, in large part thanks to the safety net that the Internet provided.

And dates were made. And butterflies set in. And dates happened. And I kicked myself for thinking that Suitor #1 was anything close to what I was interested in, but man, did I learn how to ride out an uncomfortable date with conversation and a smile. Suitor #2 was better. We talked easily. But he wasn’t it; not a fit.

And then there was Suitor #3.

And our Bastille Day late afternoon date for a drink. That led to dinner. And a date the following day. And still more, nearly nine weeks later.

So it seems I learned something. Online dating provided me with social exercises that had me working mental muscles I wasn’t used to working. I got more comfortable — not so much in my skin, but in my head. In who I am. And now, with Suitor #3, I’m much more confident because I’ve been myself since the moment he read my profile.

For the longest time, Texas transplant Tara Hall wanted to be a profiler when she grew up. A bona fide FBI agent with mad analytic skills who could take on crime and the jacked up minds that commit it.

Instead, the long and winding road has led straight to writing.

It all started with an obscure undergrad study spot: the usually empty upstairs of a local live music dive in Austin, TX. Psychology books in tow, Tara would grab a seat in the balcony and read her assignments between performances of local musicians, ultimately leading to an internship with Austin's Citysearch office in the late '90s.

Skip ahead a little more than a decade to present-day. Tara now spends her time interviewing musicians, researching stories and penning articles for entertainment-centered publications and websites such as Metro.pop magazine and SoundSpike.com.

Best part of the job: Researching topics I'm perplexed by and interested in.

Current dream vacation: An exotic beach locale with a beach bag full of new fiction. A hot man alongside wouldn't hurt either.

Snacking on: Light rye Wasa crackers, little dollop of Dijon and thinly sliced turkey. That, or a spoonful of Nutella, my semi-healthy chocolate fix.

If trapped on a desert island: Cherry Chapstick and a fun, resourceful companion.