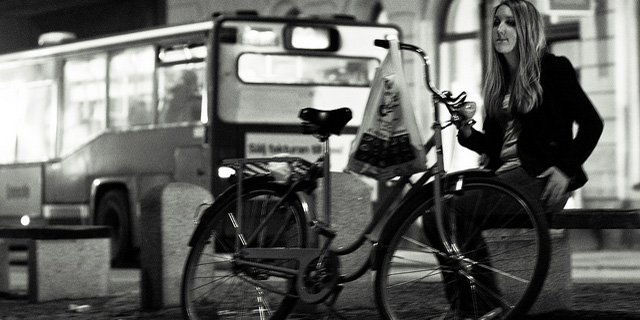 When I first pitched this story idea, I didn’t realize how tough it would be to write. The reason being I would actually have to admit out loud that I am 35, single and childless. I was having such a tough time with turning 35 that I planned a trip to Las Vegas with four of my friends and told them I was going to pull a Charlotte and celebrate 34 again.

When I was younger, I thought at 35 I would have a family and a house in the ‘burbs. Even five years ago I thought at this age I would be married and expecting my first child. Instead, in the past two years I’ve had 12 friends get married, eight announce they were expecting child and a few others start long-term relationships. In the past two months, I have had three friends announce their engagement. Don’t get me wrong, I am very happy for my friends but, well…I am still single and childless.

During my holiday trip back home I thought I met someone, but I later found out he didn’t have the same family plan I did. I had almost given up on dating but decided to venture into the online dating pool at Plenty of Fish. I met some guys and even went on some dates. Two of the guys weren’t anything to write home about, but then I met another guy and after a few dates, I thought he might actually be worth pursuing.

We talked everyday, and things seemed to be going okay. Until he told me he was starting to see us as only friends. Unfortunately, his delivery wasn’t the greatest, so we no longer talk.

I felt very single a month ago when I ended up in the hospital. I didn’t really have anyone to talk to except my mom, thousands of miles away. I felt alone. My close guy friends were off on location and the few female friends I have out here weren’t around.

Now I am back to just being me. I have no one to go to special events with such as weddings, holiday parties or formal functions. Instead, I have to ask my guy friends and hope they won’t get called to go out on location.

Being single and childless can be tough, but it’s giving me more time to focus on me, my schooling, my goals and my dreams. But don’t get me wrong, it would still be nice to have someone to spoon with at night.