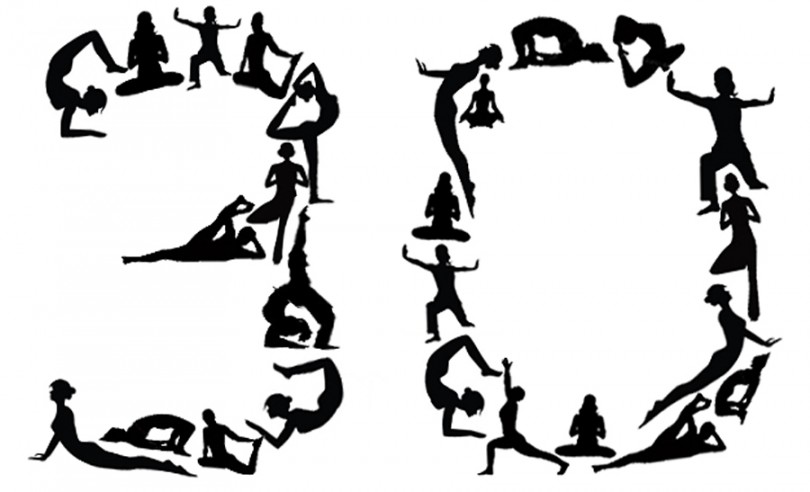 I just committed to taking 30 yoga classes in 30 days. This is a somewhat terrifying prospect, and not just because I’ve never done such a concentrated amount of yoga — not even in my flexy 20s. I’ve never done anything for 30 days in a row besides, um, eat. Or watch TV. Or sleep.

As for why (why?), it’s come to this: One, I’m desperate to resuscitate (or even locate) my moxie, aka mojo, aka sass, aka youth (too late). And two, I’m a cheap bastard.

In re: moxie, I’d been trying some new things, like getting a solid eight each night and banning the TV for a week. That was so incredibly awesome and liberating, and now I feel great … [screeetch, as the record grinds to a halt.] Yeah, not so much.

As for being a cheapskate, I was staggering home from the grocery store last night with the week’s food haul when I spotted a sign outside one of the local yoga joints: “30 Days of Yoga for $30.” Now a month of unlimited yoga usually runs upwards of $100, so I was all, “Holy crap, what a bargain. I’m so totally going to do that, even if it kills me.”